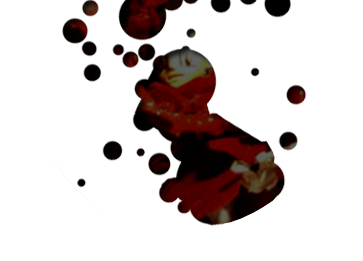 Archive for the Maniacs Moments Category

Well, my wife and I have been trying for a few months now. And it’s the best news we’ve heard in a good long while in these lousy times. If it’s a boy, he’ll be Leon Wolfgang. And if it’s a girl, Zia Marie. This is a chapter of our life we’ve been eager to start since Maegan and I got married, so we’re happy that our next adventure starts now. 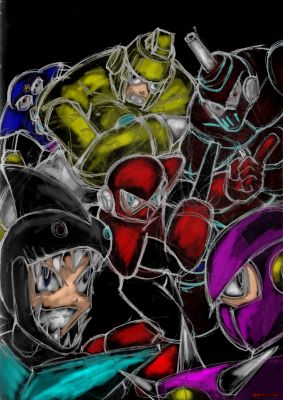 Another month, another epilogue! This time we delve into the anime cliche of characters becoming obsessed with who among them is the strongest!

In addition to that I’ve added fan made Mechanical Maniacs Moments to that page. This includes past entries to an old contest previously on the Secret page and the submission we have gotten over the years.

I’ve also added some old, overlooked art by a guy named Scorch. From … 2010!? Yeesh, I should look into my folders more often.

Well … it is for the fictitious Mechs that star in the epiverse. Behold the first new epilogue in … well, years: Hammar Assault! You’ve got three guesses to pin down who they tangle with in this adventure.

And, no it’s not an error, it’s actually number five in the series. Believe it or not there’s four additional epilogues already completed before this … but it’s not quite time yet to post them. Epilogue fans will have something to look forward to.

Also, as the gigantic “The End” might indicate, it’s the end of the ‘Maniacs Moments. Well, the end to my continuation of it. Hope you all enjoyed the last stretch of this long running sprite comic (with an even longer running hiatus). I’m glad I could add, if not the ending it deserved, AN ending. I also added an old MM Christmas Special Hardy made for it back in 04. I didn’t think it’d fit in the standard page, but … it does. Go figure. I also added them to the Fiction page. I dunno if one page sprite comics really count as “fiction”, but … they have words in them. And you might think to look for them there first in the future. Good thing I did that now that they’re over and done with, eh?

Standard epilogue ending to tie the Moments in with the standard stuff. The ‘Moments actually take place quite a while ago so that’s the Ark, in case you didn’t know. It’s nice to see such an old project get the end it deserves.

In other news, I finally got a hold of the English version of Ariga’s Megamix. For years I’ve had the Rockman Remix and the original Megamixes and I’m very glad to be able to finally read the stories in them. Well, sort of. Read the article I wrote to get my impression of the English Megamix as well as things it’s missing. Now that it’s translated it’s not quite obscure anymore, but in a few more years I’m sure it will be.

You know, I kept asking Hardman to put these guys into the comics, but he never did. Well, here they are. And they finally get a measure of revenge.

So what have we been doing lately? Actually, Magnet came up with a wonderful project idea that has been unfolding all month long. Heaven’s Hammarz aka Aggravated Assault, the Megaman 10 team! That’s right, a MONTH long, before MM10 was even released. This team has been made to poke a little fun at the team scene and is filled with the worst bios, epilogues, and forum one could imagine coming from newbies. It was a brilliant idea and great fun to work on. Check it out!

So, Unicron. He was brought into the eps again as a final twist in the Series 4 finale. A twist which I never got to, and which I’ll never be going back to and which I’ll be happy to forget. Welp, here he is dying again at the hands of the big baddie Iceman Red. Even with Ice’s Star Wars ties to him, I felt he could still use some extra juice, so he gets to kill Unicron too. Isn’t filling old plot holes fun?

Say hello to our new WordPress format! I actually had a WordPress blog briefly before choosing Blogger for the ‘Maniacs, so WordPress was my natural second choice. And, unlike Blogger, WordPress actually uses databases and our very own server, so it’ll never have to be replaced.

Either way, Blogs are definitely the way to go when it comes to day-to-day updates like this. I’m hoping to keep it this way forevermore.

I just got an e-mail from Blogger and it seems that they’re shutting down FTP support for their blogs on the 22nd. What does that mean for the Mechs? Well, no more Blogger, that’s what it means! I’m pretty annoyed by it since I had to make a whole new layout that accounted for Blogger’s backwards policy of uploading actual HTML files onto the site (rather than have database support or something). It was tricky and annoying, but it was done. And now it’s over. Ah, well. Look forward to a new blog format in the near future.

In the meantime, this last post from Blogger will feature some more art from the archives of Gauntlet! It seems I missed a couple of gift art things as well (sorry, guys!). Well, here they are, alongside some more ‘Maniacs art. 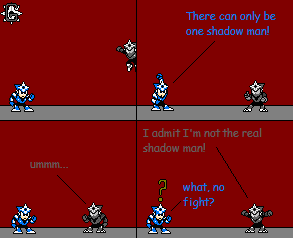 Shadowman VS Shadowman by Glider.

A small sprite of the super computer Crorq featuring custom emoticons made for the MM3 forum. By Snakeman (Raijin).

A bigger version of “Who is holding my hand?” by Spark Chan (Classi).

A few of Topman’s sketches.

The design choices for the shirts worn on the first ‘Maniacs Meet (and every other one too, but mostly the first).

A sketch of the Mesmerman crew. It looks better in full size…

An unused idea for the ‘Maniacs logo.

Top feels bad that nobody notices he changed back to his TM armor. Y’know, since the 8-bit sprite looks almost exactly the same as his previous look. Once more, using some old gift art submissions to do the comic.

I’ve actually been quite remiss in my gift art submissions. I have a couple that I could have posted over the …. well, years. Small stuff, but worth it. So, no more waiting, let’s see them here!

Shadowman in his Transmetal 2 armor. By Cyros.

A Scissor Joe, from the Business of War. By Cyros.

The Mechanical Maniacs in their “Transmetal 8” armors, obviously inspired by the X series. By Yllisis Zanon.

Needlegal in her Transmetal 2 armor in 8-bits! By Megaman N. 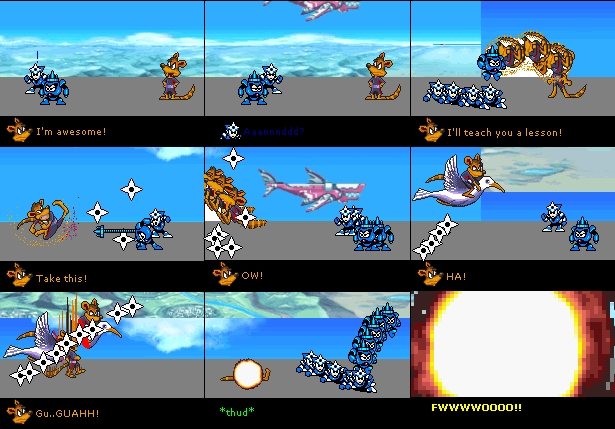 Thanks for all the submission, guys! Uh …. sorry it took so long to put them up. To view more fan submission see the Miscellaneous Sprite Gallery and the Gift Art Gallery.

Another War refernce, for those who don’t get it. Man, those gift sprites Maxell gave us a while back sure did come in handy!