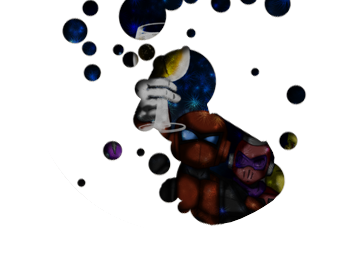 Well … it is for the fictitious Mechs that star in the epiverse. Behold the first new epilogue in … well, years: Hammar Assault! You’ve got three guesses to pin down who they tangle with in this adventure.

And, no it’s not an error, it’s actually number five in the series. Believe it or not there’s four additional epilogues already completed before this … but it’s not quite time yet to post them. Epilogue fans will have something to look forward to.

Also, as the gigantic “The End” might indicate, it’s the end of the ‘Maniacs Moments. Well, the end to my continuation of it. Hope you all enjoyed the last stretch of this long running sprite comic (with an even longer running hiatus). I’m glad I could add, if not the ending it deserved, AN ending. I also added an old MM Christmas Special Hardy made for it back in 04. I didn’t think it’d fit in the standard page, but … it does. Go figure. I also added them to the Fiction page. I dunno if one page sprite comics really count as “fiction”, but … they have words in them. And you might think to look for them there first in the future. Good thing I did that now that they’re over and done with, eh?

This entry was posted on Thursday, April 1st, 2010 at 12:00 am and is filed under fiction, Maniacs Moments. You can follow any responses to this entry through the RSS 2.0 feed. Both comments and pings are currently closed.