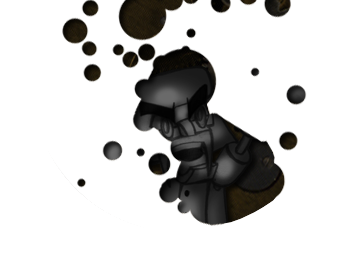 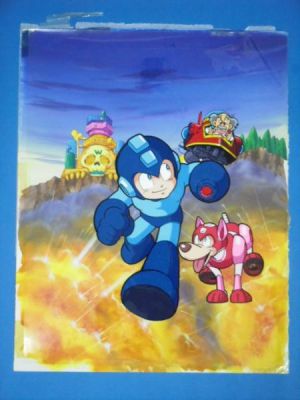 What, an update that doesn’t involve fan fiction!? On a Tuesday!? Yeah, seems that way. Remember when I used to write articles on oddball Megaman trivia? Well, here’s something along those lines.

Hey, does anyone else remember that Yahoo auction featured on Protodude’s blog? the one with really rare Megaman 2 and 3 promo art? Well, I’ve takes the time to track down who made it and it’s influences. It seems to go beyond Nintendo Power! I’ve also looked into another batch of cells made by the same artist.

Recently I was reading Ariga’s Megaman Gigamix (and I recommend it to any Megaman fan) and there’s a small interview at the back explaining the history behind the Battle and Chase story – Burning Wheel. You see he had it as a secret feature of his site and was preparing to make it into a full manga … only it was dropped and never completed. Until Gigamix, that is. When he brought it over for Gigamix he totally redid the art (but kept some of the backgrounds).

While I was doing those Rockman Soccer sprites I was searching my MM pictures for references when i stumbled upon this … the original version of Burning Wheel! So now I shall rescue them from the sands of time for everyone viewing pleasure.

The story seems unchanged from what we got in Gigamix, but the art has really been improved from this original version of the manga. Those who have Gigamix can have the pleasure of comparing the two works and those who don’t can get a sneak peek into a manga they really ought to get. 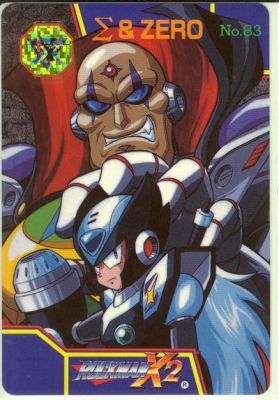 Rockman X2 enters the card galleries today. I remember when X2 was unemuable …. does anyone else? For a long time it was the most mysterious X game since it has no other release than the SNES version. 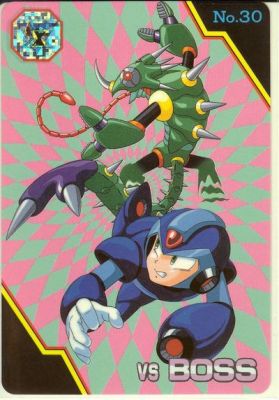 This time it’s Rockman X’s turn at card series glory! I think this may very well be the first time the Mechanical Maniacs ever had anything Rockman X related as an art update. I’ve also moved the Rockman World stuff into it’s own folder. Really shoulda done that to begin with … 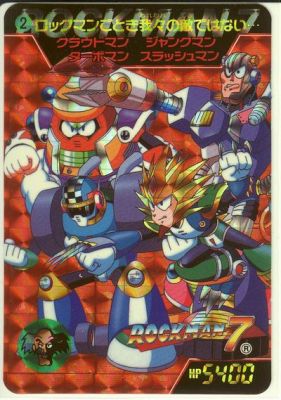 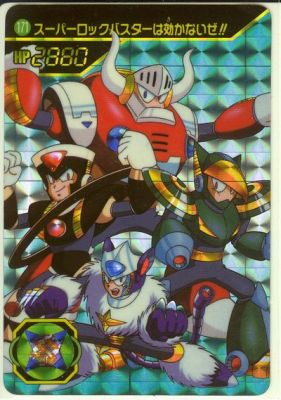 March brings us even more scanned in cards pointed out to me by Auto! This time featuring Rockman 7 and Rockman World 5. World’s 5 images are especially unique.

I’ve also finished off a rather old attempt at making a picture of Video Land from screenshots of the various worlds featured in Captain N. Right now it’s the background to my desktop. 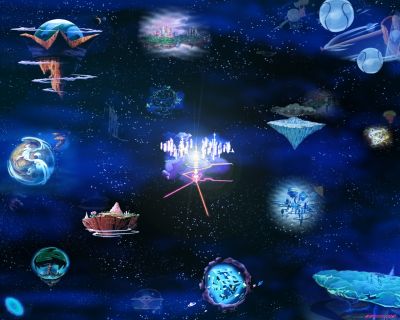 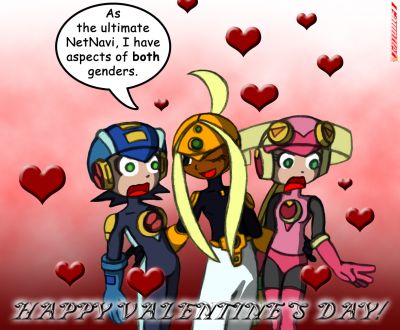 Every Valentine’s day I have had this around and meant to color it. Now I finally have. Can Rock and Roll resist the power of the king of the Undernet? Only doujinshi creators know for sure!

On a more “interesting to other people” note … Remember my crowning achievement of asking a question at FanExpo that got Ariga to draw us a almost-official helmetless version of Forte a while back? No? Wellyoushouldaheardaboutit! And it was none other by I, GAUNTLET, who asked this Earth-shattering question!

But it turns out … there’s another answer. Forte Wily has come to me with another, older, piece of art depicting Forte without his helmet on!

“This revelation appears at the end of the second volume of the Rockman & Forte manga by Koji Izuki, in a one-shot bonus story titled “Rockman Burning Shot”, which focusses on Forte. ”

So there you have it. FW thinks this means Forte’s hair is black … I’m not so sure as it’s in shadow in a black and white manga. Either way we know Forte likes his hair short and kinda wild. Pretty trippy that Ariga drew his own helmetless Bass hair in a similar way, isn’t it? Of course I hear that his version has magenta colored hair. 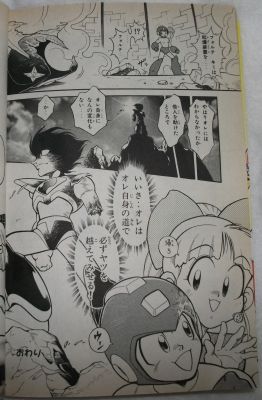 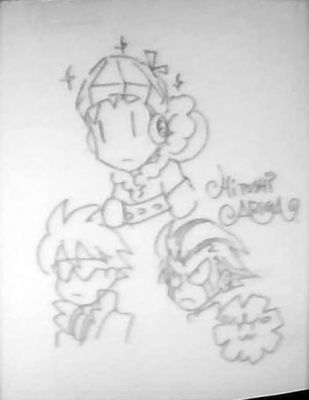 As some may know, Ariga, of the Megaman Megamix, was at Fanexpo 2010 and he was taking questions. Expanding on an earlier question as to what Forte might wear in civilian attire (answer: he wouldn’t wear civilian attire), I asked Ariga to draw out Forte without his helmet. Ariga took a bit to think about it and drew Iceman in the meantime (having already thought of what Ice would look like). Then he drew helmet less Forte. I think this is the closest we’ve ever come to an official art depiction of that … sadly he never said what color his hair would be.

Also, when I asked who was his favorite obscure Robot Master from the non-Capcom games (such as MM PC or Rockman Strategy) he said Konroman (aka Stoveman).

It was a delight to meet the man. He was very friendly and thought me knowledgeable in field of Rockman, which was quite the compliment. He was especially glad to see that I brought in the Rockman Remix manga for him to sign, as that’s his first published complication, and well as my copy of Rockman and Forte (game, box, and manual for the Super Famicom). Evidently it’s quite rare. To think … I was considering tossing the box just a few days ago!

First off, with a thanks to RADIX (for pointing it out to me) and AquaMary (for giving permission), I have an update for the article on Novas Adventuras de Megaman. Namely … a wealth of images! Some of them must be seen to be believed … and while looking through them, just remember: this is canon. It’s an official Megaman product.

But that’s not all! With War coming to a rapid conclusion (believe it or not!) I’ve taken a look back on Rich’s other illustrious works. Not only does his gallery now feature every one of his public drawing for Business of War, bit it now features pictures of his Revenge of the Scissor Army figurines and sketches! In many ways it’s a precursor to War, and it’s worth a look even if you’ve never read War because those figures rocked our niche Megaman Community.

That’s not all! The girt art section is peppered with new images as well.

A few other people have been posting info on it, so I’ve decided to update the section a bit. I’ll have to edit the article just a tiny bit too.

First of my RMS updates is … every single image used in the game and complete manual scans.

Truthfully, after compiling all those sprites I got sick of RM Strategy. But I suppose it’s long past time in posting what I have on it on the site itself. Happy viewing!

Furthermore, I’ve uploaded Lennon’s Gallery into the system as well as the Box Art Gallery. I’ve also made the Manual Art Gallery to house all the manual scans I did for the Nintendo Power gallery. THAT was an update long in coming.

And that’s not all! The contacting page is now run in Flash. Because I can!