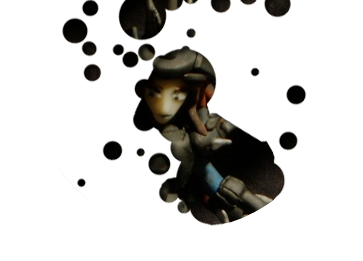 Jade was the second Pharaoh Man the CC had and was an active member of the team until its hiatus. Here is some artwork of the CC that he made with some comments from Sean.

This was probably the CC's banner for the longest period of time. It was nice and simple and showed a good amount of personality for all the characters.

These three drawings are Jade's rendition of Pharaoh Man, heavily based on the design of the Ruby Spears Pharaoh Man as evident by the cape and green chest.

Hard to argue against using the design of the only Robot Master in that show to keep fighting after having his weapon copied.

This drawing is of the last Toad Man before the restart, Regulus.

This is a drawing of the first Ring Man that the CC had, Rebel after he had decided to give his character a more detective-like style.

This is a drawing of the first and current Drill Man, AM. In all honesty despite being an old drawing it still fits fairly well with the current rendition of the Drill Man armor that AM is using.

And of course a drawing of our current and the second Dive Man the team has had, Geoff. I think it captures his rendition of the character very well, I don't think there would be anyway to better get across his personality-

... Nevermind, this probably sums of the personality Geoff has used for Dive even better.

This as a Christmas gift that Jade made for Jet one year.

And this was a birthday present, a drawing of all the roles that Jet at the time held.

So one of the biggest events in the Mega Man team scene was the Business of War. It was a crossover event dealing with a character named 'General Cutman' coming in from another dimension to take over and kill all humans while also turning basically every Robot Master into some form of war machine.

Factions were the RPD that had great resources and objectively good, but placed huge restrictions on robots, Dr. Cossack who had almost no resources but was supposed to be against taking away any freedom and against evil, Dr. Wily who was Dr. Wily, and General Cutman's Scissor Army.

We were of course with Cossack, but here are renditions of the team if they had been taken in by Scissor Army and thus turned into death machines that Jade once drew.

Scissor Army Drill Man, where a few human features are taken away to give a much more frightening image.

Scissor Army Pharaoh Man, where the design is changed to be much more like a typical mummy movie monster.

Scissor Army Skull Man, whom now is more a mass of horrific skulls with little resemblance to a 'man.'