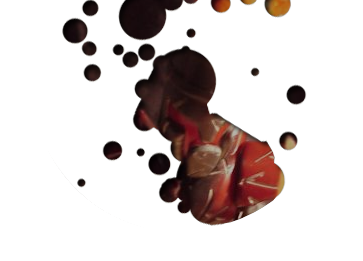 It's a lazy day at Maverick HQ. Launch Octopus is relaxing in his room, watching a... pretty dirty anime on his computer. Suddenly, Chill walks in.

JADE: What, you haven't seen Rapeman? It's about this ninja vigilante that goes around raping female criminals. This guy's freakin' awesome.

JADE: I would've thought you were a fan of his, what with the ninja thing and the blue scarf and everything.

JADE: Well, you could say I was brought up that way. I knew some... interesting people.

Flashing back to Dr. Cossack's citadel, circa 20XX. Drill, Dive, Ring, and Cossack are playing Monopoly in the living room.

DR COSSACK: No we're not! I would never touch that filthy Capitalist game!

Suddenly, Pharaoh walks in with a strange octopus-like robot in tow.

DR COSSACK: Since when can you build robots?! I'm supposed to be the master roboticist! You trying to put me out of a job? Oh my god, that's precisely what's happening isn't it?! Damn you ungrateful robots!! Damn you all to heeellllll!!!

RING: And you guys say I should lay off the caffeine...

PHARAOH: Relax, doc. I just leafed through a "Robots for Dummies" book I found.

DRILL: I dunno about this, Jade... Remember Kryptoman and Omni? Robots we build on our own all end up trying to kill us.

PHARAOH: Yeah, but this guy doesn't have any weapon systems. I made him just to help out around the house.

DR COSSACK: What do you think we have Kalinka for?

PHARAOH: Well, I think she deserves a little help. This Citadel isn't exactly a one-bedroom cottage.

DUST: Does he talk?

PHARAOH: Sure. Say hi to everyone.

PHARAOH: J803. But you can just call him Octo if you want.

Octo: How about I call you an asshole?

DIVE: Oh, so it's a fight you want now, huh? Okay, get ready to say goodbye to your new friend, Imhotep...

DIVE: Hahahahaha! Look at him run!!

PHARAOH: Try to be nice, okay? He's still a child. He's taking in this world and forming his own personal view of it.

Octo runs through the citadel. He looks back to see if Diveman is chasing him. But as he's not looking where he's going, he runs snack into Jay.

SILENT BOB: I'd say it's a robotic octopus.

JAY: Damn... I guess I'm not stoned enough yet.

Octo: Who are you guys?

JAY: I'm Jay and this is my hetero-lifemate, Silent Bob.

Octo: Hi! You seem nicer than that mean submarine guy.

DUST: So this guy's a sponge, is what you're saying.

PHARAOH: Yeah, he's really impressionable. Of course, that could have to do with the budget computer parts I used for his CPU.

DRILL: Aren't you a little worried?

DRILL: Well, if he's that impressionable, what's gonna happen if Jay and Bob find him?

Octo: Wow, you're right, Uncle Jay, that IS some good weed!

Jay walks to the kitchen. As he's getting some beers out of the fridge, Pharoahman comes in.

PHARAOH: Jay, have you seen a little robot that looks like an octopus running around?

The stoner heads back to his room.

PHARAOH: *sigh* Where did that guy go?

A few hours pass, and Jade is still looking around the Citadel for Octo. No one seems to know where he is either.

PHARAOH: Nope. I wonder if he left the Citadel. Dive seemed to scare him pretty good.

Suddenly, they hear an ear-piercing scream coming from upstairs. They hurry upstairs to find where it came from. Looking down the hall, they see the bathroom door open as Octo flies out of it, smashes into the wall, then falls to the floor in a crumpled heap. The door then slams shut. The two Comrades run over where Pharaoh picks up the octopus.

DRILL: (knocks on the door) Is everything okay in there?

TOAD: (voice from behind the door) Drill, is that you? (Opens the door and glares at Octo upon seeing him) I was just taking a shower in here when that sick little freak comes in and starts having his way with me.

PHARAOH: Octo, is this true?!

DRILL: Uh, Jade made the robot, but I think he's having some problems getting him to work right...

TOAD: (Takes a Rain Flush capsule out) Let me take care of him...

PHARAOH: Now wait a sec. He's still young... He's probably just a little curious. You won't have any more problems with him. Isn't that right, Octo.

TOAD: Well, if you say so, Jade. But I won't be so nice if he does that again.

The next morning, Jade finishes his work patching the octopus robot back up.

PHARAOH: Okay, I think that takes care of it. Now what in the blazes were you thinking back there?!

Octo: Well, I'm an octopus, right? That's what they do in the cartoons I saw with Uncle Jay and Uncle Bob...

PHARAOH: Oh... my... god... No, Octo, that's very, very wrong. You should always treat women with respect, got it? And I want you to stay away from Jay and Bob. They're just a couple of idiot stoners with their heads in the gutter.

PHARAOH: Good. Now first thing I want you to do is go apologize to Zapper for yesterday. As for me... I have a couple of junkies I want to have a word with.

A few hours later, Octo is wandering outside the Citadel. Too bad the place doesn't have a pool to swim in. Suddenly, Jay and Bob appear; with several cuts and bruises visible on their faces.

Octo: He says you're a couple of idiot stoners with their heads in the gutter.

JAY: Yeah. But it's sure beats being some self-righteous little jerk-off who acts all high-and-mighty all the time.

That evening, guys are in the living room playing Monopoly...

DR COSSACK: Life of a Capitalist Pig-Dog, if you ask me.

Okay... The guys are playing Yahtzee.

Suddenly, he gets beaned in the back of a head by a badly maimed Octo, sending them crashing into the table. Jade looks up to find a very angry Kalinka, Brightbabe, and Toadgal standing over him.

BRIGHT: Jade, I can't believe you'd build something like this!!

TOAD: I wasn't kidding when I said what would happen next time...

PHARAOH: Octo... What the hell'd you do now?

KALINKA: (taps her shotgun) You don't even want to know... But it ain't half as bad as what's happening to the two of you!

DIVE: Hey Sushi-head, I think I might have misjudged you. Tell 'ya what, you can be my sidekick from now on!

BRIGHT: Just get rid of that monster!

While this commotion is going on, the phone rings. Drill answers it.

DUST: What was that about?

DRILL: It seems "someone" was making dirty phone calls to Spark and Needle. And I think I already know who...

Meanwhile, Jade's still trying to convince the girls it wasn't him who programmed the robot to act that way. Jay and Silent Bob are rolling on the floor laughing their asses off. Suddenly, as if things couldn't get worse, an explosion rocks the citadel as part of the front wall is blown away.

DR COSSACK: Holy crap! Are we under attack?!

The smoke clears to reveal Blizzardman in the gaping hole in the wall. His eyes are narrow slits as he brandishes his rocket launcher.

BLIZZARD: WHERE IS THAT PIECE OF SHIT...?

RING: Jesus, Blizz. They make these things called "doors" for a reason!

Blizzard storms up to Pharaoh.

BLIZZARD: Mind explaining what you're trying to pull with your little hentai--bot? Or was your whole gentleman thing just an act?

Octo: (staggers up) Who's the great white oaf?

The octopus catches a rocket to the face, sending his remains flying. Regulus turns back to Jade.

BLIZZARD: Okay, here's how we're gonna do this. You get rid of that... abomination... And you won't share his fate. Do I make myself clear?

Later that night, Pharaohman takes the busted-up Octo out in the woods behind the Citadel.

Octo: What are you doing, Mr. Jade?

PHARAOH: Don't give me that. I am extremely disappointed in you. The others are right; you're a filthy piece of shit who's about to get buried in the back yard where he belongs.

He digs a hole and throws the pieces in.

PHARAOH: No. 'Cause I don't want them to know where you are and dig you back up. Besides... "Uncle Jay" and "Uncle Bob" are a little busy at the moment.

JAY: Can't we talk about this??

JADE: So, to make a long story short, Sigma found me during an excavation about 100 years later and remade me into Launch Octopus. I've stuck with him ever since.

REGULUS: Interesting story... But you're forgetting one thing.

The sounds of very gruesome violence ring throughout the HQ. After a few minutes...

DARKSAGE: (bangs on the door) Keep it down! Some people are trying to sleep!!