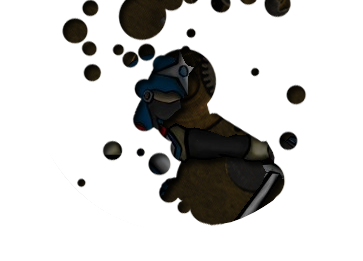 Well, it's finally happened! Dive Man's finally gone to Hell! But now that he's down there, is Hell going to want to keep him? After coming home from the Crusades, Dante (Dive Man) finds out that Lucifer himself has abducted his beloved Beatrice to the depths of Hell! Not taking this lying down, Dante ventures through the Nine Circles of Hell to get his lover back. Along the way, he finds some suspiciously familiar denizens within Hell, most of whom will do everything in their power to keep Dante from re-uniting with his fair Beatrice. Will Dante find redemption for himself and his beloved? Or is Hell doomed to suffer him for all eternity? Based heavily off the EA Game. But I did try to integrate more cues from the original Divine Comedy than the game did.

Canto I, Descent: Dante returns home from the Crusades, only to find things aren't well...

Canto III, Lust: Dante finds himself in the circle of his favourite sin, Lust.

Canto IV, Gluttony: Dante braves the circle of Gluttony. But how will he defeated the dreaded Cerberus?

Canto V, Greed: Now Dante descends into the circle of Greed. But an angry familiar face stand between Dante and all the treasure in all of creation.

Canto VI, Anger: Tensions between Dante and Virgil start boiling over as they confront unfamiliar visions, and the most wretched source of all fury and despair across the cosmos.

Canto VII, Heresy: Having awakened the dreaded Phlegyas, Dante and Virgil take refuge in the one corner of Hell that doesn't correspond to Dante's sordid past. But does that make them any safer there?

Canto VIII, Violence: Dante joins the ranks of the most violent, bloodthirsty sinners of all creation. But is even their bloodlust is the least of his problems...

Canto IX, Fraud: Beatrice and Dante have finally reunited! But will Dante find the damsel in distress he set out to save?

Canto X, Treachery: Only Lucifer himself bars Dante's salvation and his escape from the deepest pocket of Hell. But is he ready for the final revelation Lucifer has in store?