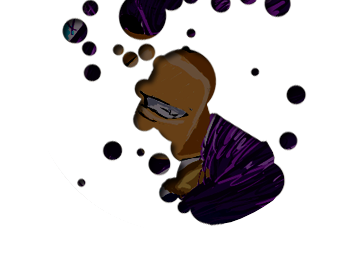 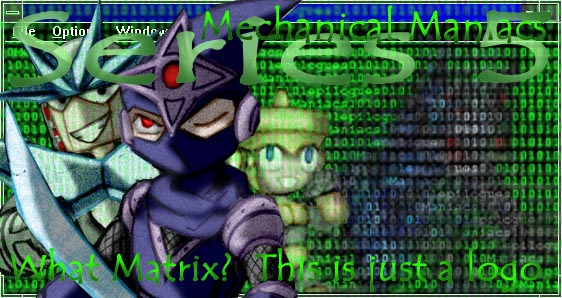 Series 5 is sort of the "interm" ''Maniacs series.  We've had solid Series-long story arcs for so long, that it was odd writing something that was more episodal. However, this is the first series to have actual fan-fics as epilogues rather than the tried-and-true script-based forma

Issue # 1 - How the Mechanical Maniacs Met Everyone.- How did the 'Maniacs meed Ben? Or the Sinister Six? Obviously you can find out by reading this epilogue!

Issue #2 - Housewarming is a Dangerous Ritual - The 'Maniacs break in their new base. However, how long can our heroes last before shenanigans ensue?

Issue #3 - The Knights Have Landed- A band of Knights from outer space land in our back yard! It can't be a good thing...

Issue #5 - Busted! - A crucial part of Gauntlet's financial plan goes wrong! Also featuring the return of ..... well, read the epilogue to find out!

Issue #6 Demon Ninja - A mysterious new ninja comes to challenge Shadowman! But how is this ninja connected to the Quarter Knights? And why is he so dang powerful?

Issue #7 - Gauntlet VS Piracy! - Cheap Taiwanese pirates running around town? What the Hell's going on over here!?

Issue #8 - On The Very Same Day ..... - So what did the rest of the 'Maniacs do while Gauntlet was busy with cheap pirates?? The answer lies within!

Issue#10 - Evil Execution, The Evil Eight EXE Part One - Wily and his Evil Eight are at it again with more EXE craziness!

Issue#12 - The Work That Copies Other Genres - When the Mechanical Maniacs go after a bounty on Xelloss only ruin and humiliation can result.

Issue#13 - Belselk's Challenge - The final battle against Belselk of the Quarter Knights! What will become of the Knights after this battle?

Issue #14 - Crisis on Earth-Capcom - Oilman and Timeman are now Megaman 1 robot masters ... but what does this mean for our friends at the Sinister Six? The Mechanical Maniacs find out ... the hard way! *a special epilogue co-written with authors Ben and Gary of the S6!*

Issue #18 - Snakeman On A Plane! - When there's a popular movie out, the 'Maniacs MUST cash in! See what happens when Snakeman gets on a plane!

Issue #19 - Making the Most of Fangirlism - Fangirls unite to inflate Geminiman's ego. Part 1 of the Quarter Knight's ending!

Issue #20 - Unleashed, Unbalanced, Unstoppable - The Quarter Knights unleash a seemingly unstoppable evil! And it's up to the Mechanical Maniacs to deal with it.

Issue #21 - The 'Maniacs Meet Megaman Part 1 - Megaman's on a rampage? And just how are robot masters supposed to stop him?

Hardman's Bar - A typical day in the life of Hardman turns into his trial by fire!

Issue #23 - Here's to Iceman - In memory of my best friend on the internet, much less the MMC, Gary "Iceman" Martin.