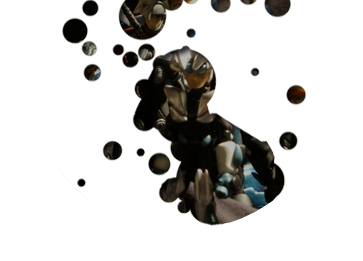 It's premiering right here, folks! First off, I'd like to show support to the gshi guys who made the level selector codes (in particular gedowski). However, gedowski didn't provide specific values for the levels, just the rough areas they're in (and none of the Wily Tower levels either), so I was up all night figuring THOSE things out.

I'd also like to thank Nightmare Zero, because it all really started with him. You see, one day late at night Nightmare Zero was perfecting his Save State Master program and found a way to get into levels (in fact he was the very first to find the Wily Tower game through emulation). However, what struck me was that Rockman 1's points were carried over into the save state he gave me. Now, obviously this is because he started in Rockman 1 when hacking into levels, but this got me thinking that there must be a way to use game-specific Master Weapons in games they weren't made for! Especially since Wily Tower lets you pick and choose.

At first I went to the GSHI asking for codes that allowed me to change the weapon Rockman was holding and they directed me to their codes section. Well, that didn't pan out for that idea because the menu from RM1 doesn't show RM3's weapons and there's no code that will let it ever do that. BUT that got me thinking ... Wily Tower's weapon select does allow you to pick and choose weapons! Remembering that Nightmare Zero's level hacking brought over RM1's data I figured I could use the GSHI's level select codes to bring over data from the Wily Tower game. And I can!

Now, before I go into it and give out the codes I made, a few notes:
- This is for Rockman Megaword NOT the Wily Wars. They don't work in the Wily Wars.
- Bringing data over from Wily Tower messes up about half the levels in the game. This is because that weapon select is full screen and the level data gets mixed up in when you go from that weapons screen back to the game. Now, it's possible to bring in data from RM1 or RM2 into RM3 (or RM3's into RM1 or 2; none of those games use full screen menus), but then you won't have the slide and that makes Rockman 3 unplayable (because there's parts that require the slide). However, even if the level is messed up, the sprites are fine. If you're pretty familiar with the games or have a map to refer to then you should be good to go. Regardless, bring Rush Jet along and use the infinite weapon energy code.
- I'm using the Gens emulator. It can handle the various code formats I'm using.

I'm including all the codes I found useful. You can find more at the GHSI's bulletin board and site. Remember: These codes are for MegaWorld only. Some Wily Wars codes do work though, so feel free to experiment. I've included their codes for having all weapons (and items) for all three RM games in the set. This way you can bypass glitched levels for the levels that don't require either game-specific weapons or the slide. Just input the code, select the desired games, choose any level, and you'll have that game's weapons available for the level of your choice.

ALCT-AAAL - Walk through enemies and most hazards, not spikes.

For everyone's sake I've made save states of the unusual boss/weapon combinations that are possible. Maybe in the future someone will make more in-depth hit tracking than I've done here. Some of these are glitched, but they're still playable.

Data and many observations gathered by Joseph "Doc Lithius" Collins

Units of Health are Measured in Tens.

Were the Master Weapons meant to be taken to other levels?

Based on the facts available to me I cannot help but come to the conclusion that weapons were meant to be used universally.

Since some levels require certain weapons, the only way this system works is if there is access to Wily Tower's Weapons menu. Likely this was after all three games were already beaten (both based on logic and based on the "all clear sprite oddity). It's possible that the Wily Tower mini game was only unlockable by beating the game once more by using all the weapons in the game.

It's really too bad this feature wasn't finished. I can only guess the design team ran out of time or/and money. Still, it's nice to be able to bring weapons over, even if it's in a hack. And, hey ... Metal Blade. In Rockmans 1 and 3. Hell yeah.