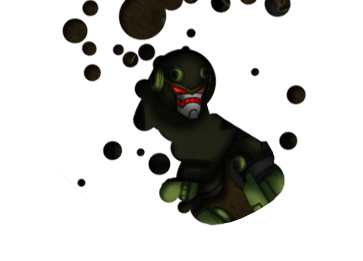 The Mechanical Maniacs site directory! Easy to use and user-friendly!

From here you can find the many, many sections and articles that makes the Mechanical Maniacs what it is!

Site Introduction - What is this site all about? Gauntlet tells all!

Main Page - The main page of the site (naturally) which has the lastest update.

Fiction - The continuing adventures of the Mechanical Maniacs! (And friends.)

Galleries- Galeries of an image-based nature. From DVD screen shots to official art to fan art!

Cossack's Comrades - The Megaman 4 team! The have a section devoted solely to them.

Annihilation - The group based off Megaman Battle Network 3. This is the main page for their content.

The Sinister Six - The original Megaman team! Their site is expansive and bursting with old school imagination.

Viral Infection Nostalgia - The Megaman EXE Team. Several members of the Mechanical Maniacs were once a part of this team. It's layout varies to reflect the many looks this team had during it's heyday.

Ascendant Androids - The Megaman 5 team before they were corrupted by the evil General Cutman.

Gauntlet's Guides - Opinion pieces focusing on the community and non-Megaman and Megaman things in a large hodgepodge of articles. Although some articles are featured below, click the link for more.

Asian PC Games - Ever hard of "Rockman Dash: to save the world" for the PC? NO!? Well, then read this article!

Captain N: The Game Master - Nobody looks like they should. And nobody should care about that.

Cell Phone Games - In Japan Capcom has released several games for your cell phone and this is a comprehensive list (in English) of all of them. Think Megaman PC is an oddity? Feast yer eyes on "Rockman: Rocket Christmas!"

Dreamwave's Megaman Comic - The 4-issue Dreamwave "series"! A good half of this article covers their new robot masters. Or maybe a good third.....

Megaman Mysteries - An article focusing on all the developmental goodies for the entire Megaman series! Unused sprites! Beta screenshots! Funtasic Facts abound! The Megaman 3 Mysteries are featured below, but click the link for an even greater selection!

Megaman PC & PC3 - Behold the secret history of my experience with the Megaman PC games! As well as a bit of data regarding them...

The Megaman Megamix - A look at the english translation of Ariga's Megamix.

The Megaman TV Show - The famous show by Ruby Spears! This article is about influences and changes from the Rockman OVAs that immediately proceeded it.

Novas Aventuras De Megaman - The little-known and ill-fated Megaman comic made for the Brazillian market. Roll's naked, Wily has no hands, and Sigma is nowhere to be seen! Wacky changes!

The Official Guide to Megaman - An obscure book detailing the secret history of Megaman. Don't be fooled, this is the only guide authorized by the manufacturer - Capcom USA!

Rockboard's Ending - The ending nobody had the patience to get!

The Rockman OVAs - Those pesky kids have left the NES on for too long and you know what that means. Dr. Wily has escaped! Wait, what? Read all about the precursors tot he Megaman TV Show!

Rocman X VS Thunder Blast Man - The crappiest and one of the most well-known MM pirate games finally beaten and reviewed by Gauntlet.

The US Classic Continuity - The story from manuals and the back of the box .... obsessively dissected!

Worlds of Power: Mega Man 2 - It's Mega Man to the rescue as Dr. Wily returns for a second showdown! But, in a freak accident, Mega Man becomes human ... can he still beat the evil Dr. Wily and his gang? This novel is just like game!

Which Epilogue Character are You? - Based off Series 3 of the Epilogues and the Classic Sinister Six team, find out which Epilogue character you are most like!

Which Megaman are You? - IX? Mega Girl? Or even the Megaman Box art? Just which Megaman ARE you?

Design a Villain Contest - Design the ultimate Mechanical Maniacs villain! Win a place in the epilogues and a statuette of the villain you created! Ends on February 28th, 07!

Guess Gauntlet's Age Contest - Gauntlet held a contest to see who could guess his age. View the hilarious results.

Guestbook Archive - We had many guestbooks over the years starting from our Geocities days and ending with Lycos' guest gear. When Lycos finally stopped their service I decided it was time to retire the feature.

Heaven's Hammarz aka Aggravated Assault - The Megaman 10 team Magnetman (Rich) created before the game was even released! Lampoons just about every team cliche there is. Half the team contributed to this site during it's run.

The Mechanical Maniacs Meet 2012 - A trip to Canada's Wonderland proves unfortunate for Snakeman.

The Mechanical Maniacs Meet 2014 - This time, in Topman's home city of Montreal.

The Mechanical Maniacs Meet 2015 - Another Toronto meet, but this time we actually spend a fair bit of money doing things about town.

The Mechanical Maniacs Meet 2017 - We finally go to Niagara Falls!

The Mechanical Maniacs Meet 2019 - Niagara Falls and the aviary!

Megaman is God Petition - Online Megaman petitions ask for so many stupid things, so why not make one to deify Megaman?

Old Layouts - Because I'm a sentimental old coot, I've posted all the Mechanical Maniacs' old layouts going waaaaaay back to when the site first started.

Retro Rewind - Ever wonder what this page woulda looked like in the days of old? Well, I've constructed a reasonable facsimile of how it might've looked like.

Rockman 3 Beta - An entire article on the Megaman 3 Beta cart owned by the one and only Shadowman!

Special Thanks - Old Members get their moment in the sun as their bios are archived right here.

Tribute to Gary Martin - Iceman of the Sinister Six. Dead, but never forgotten. This is my tribute to the best man I've ever met on the net.

"You are Tony and I am Brion." - A strange conversation ensues as a total stranger instant messages Gauntlet.

On Your Way Out

The Forums - Visit the Undernet and have a chat with the community.

Teleporters - Check out other good sites.