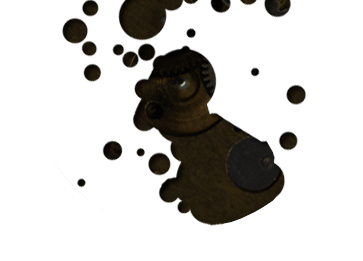 Believe it or not, there are many, many people out there who look like Megaman's arch-nemisis Doctor Wily! Or at least I'm betting there are!

This section is dedicated to finding as many real-life Wily look-alikes as possible in the real world! And this is a section where YOU can help too! By following some basic rules, you can have a contribution to People That Look Like Doctor Wily!

Rule #1 - They must be real people. No TV shows or movies or artwork. People you find on the street.

Rule #2 - They must look like Wily NATURALLY. No blad caps or wigs or fake moustaches. He can also look like Mr. X (a Wily alias).

Rule #3 - It would be nice to know something about the guy you send in. Not a requierment though. The more like Wily, the better!

Now, onward to the Wilys!!!

This Wily lives in Oakville and is a science teacher (if you can beleive it) in a high school. A nice guy, Mr. Picone has no known plans for world domination.
Picture contributed by Gauntlet.

This is most probably the inspiration for the character, Albert Einstein was a brilliant Jewish scientist born in Germany. He was known for wanting to have strong moral convictions, and probably did not want to take over the world.

This Wily was found by Sigmah. Not a look-alike, however the resemblance is uncanny. read this excerpt from FOX news:

Dr. Don C. Wiley, 57, was last seen in Memphis, Tenn., where he attended the annual meeting of the Scientific Advisory Board of the St. Jude Children's Research Hospital. His car was found on Nov. 16 on a bridge over the Mississippi River, with a full fuel tank and the key in the ignition. Wiley had left the Peabody Hotel just four hours before the rental car was discovered. He was supposed to have met his wife and two children that same day in Cambridge, Mass. FBI agents took an interest in Wiley's disappearanzce because of his expertise and "given our state of affairs post-Sept. 11," FBI agent William Woerner in Memphis told The Boston Globe.

Wiley, a Harvard biochemistry and biophysics professor, is considered a national expert on Ebola, HIV and influenza. Ebola is a highly contagious virus that kills 50 to 90 percent of its victims; there is no vaccine.

In 1999, Wiley and another Harvard professor, Dr. Jack Strominger, won the Japan Prize for their discoveries of how the immune system protects humans from infections.

Wiley's wife, Karen Valgeirsdottir, doesn't think his disappearance is related to his work because most of it is available in books and on the Internet.

Wiley's sister-in-law, Susan Wiley, who lives in the Memphis area, has said it is uncharacteristic for Wiley not to leave a note. Days before his disappearance, he left a note for his 85-year-old father telling him when he planned to return from a jog, she said.

Read the article on FOX NEWS while it lasts!

This Wily was found by Marisa via Shadowblade3000! Not a look-alike, but .... He's old AND his name is "Albert", just like the REAL Wily! Can THIS be the real-life equivalent of the notorious Dr. Wily?? Read all about him!

TOP PRIORITY IF ELECTED: "I agree with Thomas Jefferson that 'the care of human life and happiness is the first and only objective of good government.' So, if the people of North Carolina were to choose to accept my application to serve them as their U.S. senator, that would be my priority."

HOW TO CONTACT: *no need to repeat this here, I think*

Veiw the original text here, while it stays fresh!

It looks like Wily is well on his way to taking over the world if he's already in charge of a country! Found by discoduderock@aol.com

In between building indestructable red robots and robots made entirely of wood Wily also smashes watermellons. This Wily was found by corlenbelspar@velenosoft.com.

Wily # 7 - The Legacy of Doctor Wiley 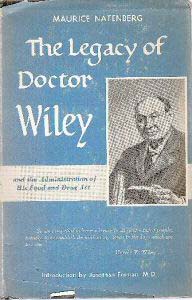 This Wily was found by Megaman Network a while back, but I saved the image for this section. Anyhow, here's some info on this book:

SEND IN YOUR CONTRIBUTION TODAY!