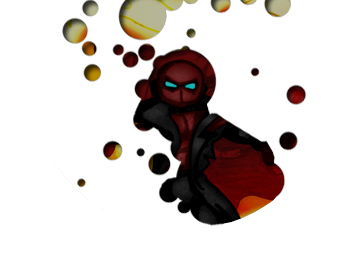 The article nobody wanted to see!

In a fit of .... what can only be pure madness, I set my mind to beating the most infamous of all Megaman pirate games - Rockman X.

What brought this on? A realization that a program I use to cheat at Megaman PC and PC3 may work on this game .... namely Cheat O Matic. So I plug Rocman X into RockNES and use Cheat O Matic ... success! Infinite lives! And that's when I discover the similarities .... and differences .... of Rocman X and Thunder Blast Man.

Before going much further, I'll walk you through the story, as presented in Rocman X (wait a bit at the title screen). TBM has no story - difference #1!

Got all that? Good. Okay, so ... first off we learn that the Mayor of Gadem City is weak on Terror. And MUCH more than we ever wanted to know about Havel, whose criminal organization apparently consists of wacky robot rhinos and turtles and the like. So now it's all up to Batman. Oop. I mean Rocman.

Okay, so here's where Thunder Blast Man and Rocman X differ *the most*. While both have wretched horrible play control and a horribly measly 16 points of life (horrible because the average amount of damage taken is around 4 points), there *are* differences in how both characters play.

Rocman X has this .... HORRIBLE slow moving boomerang. It stays in one place for a bit and then "boomerangs" back towards you. Which would be pretty great if it weren't:
A) Slow as Hell and
B) Capable on delivering only ONE HIT AT A TIME.

Later on you can buy advancements and even a batarang, but .... more on that later. You can select between them by pressing the select button.

If you charge it up (ala "Rockman X") you don't get a charged shot. No, you fly in the air. Which would be really, REALLY cool if .... you could control when you stop and if you could hurt enemies ... or at least were invulnerable while you're flying. As it stands you release the B button, fly and hope to God you don't hit anything!

And you will need to master *both* of these useless moves to finish the game! So: two tips.
1) Roc doesn't need to actually be standing on anything to use his special power.
2) Rock's flying move lets him squeeze into those tight one-block spaces if need be.

Now you have my Yoda-like wisdom for yourself.

I'll just say right here that TBM is based very heavily off the Gameboy Megaman games as far as mechanics go. The bottom is set in exactly the same way and when you pause the screen lifts up to show you .... nothing at all.

Alright, so TBM doesn't get anything when he beats a boss. How about Rocman X?

But Gadem City is "the most prosperous city on Earth" and they'll gladly share this prosperity with you .... for a price. Saving their city from the ridiculously named "Paulung-Tau" organization with it's mighty robotic rhinos and fat 35 year old bald single men isn't enough. You gotta pay for the weapons you want before every boss fight.

Not bad you say? Uhhhh ... sorry, comparde, *it is*. For the fortress level has absolutely *no* coins to collect. (You get coins by breaking blocks by the way ... just like the real Rockman X!) There's very few levels to get these coins. The forest / sewer level and the air fortress. (there isn't too many of them here). This is where we go into the wonderful world of cheating.

Exploiting programming errors I mean. Sadly, I can't find an easy way to do this.

Just break the blocks in the very beginning. Get the coins. And then jump into a nearby pit. Don't hit continue the first time, but do hit it on the second option. Now you have you're money AND you can go right ahead and get more. Repeat these steps until your brain explodes or until you have enough dough for the weapons you need. By the way: you can only carry $999, which is not *nearly* enough. Gadem city has expensive tastes.

Anyhow, let's skip ahead to the purchasing menu.

So here we have a shop in the middle of Havel's little fortress right before we fight a boss. I guess bald 35-year old single men need any chance they can get to meet pink haired girls.

The first option refills a bit of your life. The second refills all of it (I think, I cheated so I never had to find out). The third is that girly looking Rocman X and it's supposed to be a continue or a credit.You see if Roc dies he can come back on the spot if he has one. And if he falls into a pit he'll float upwards like some evil spirit ... which you can fully control. It's useful to get out of an impossible jump in the forest / sewer level.

Now the weapons. The small "v"s are Roc's dinky Roc Boomerang. The first lets you shoot three at once. Which is totally useless because only one counts at a time. The second and third option are pretty easy to get just by looking at them.

The second set, with a bigger "V" is Roc's Batarangs. Which really, REALLY do a good job of finishing bosses faster than the trusty, rusty Roc Boomerang. So get enough money for one of each and more on.

The stages and bosses

I've collages together the map for TBM to show where all the stages are as, unlike Rocman X, they don't appear on the screen until you scroll over them. You can tell right away that TBM has more stages than Rocman X ..... or so it seems. In reality Rocman X has just as many stages. TBM just has the boss' stages available right from the start.

Furthermore, the stages look exactly the same. Well, almost. TBM has enemies everywhere where stages from RMX has stage-specific enemies. Also, since TBM doesn't fly, the stages have been restructured a bit. The teleporters are in more logical places than in RMX too. But, all in all, the stages remain the same.

Let's start with that sky stage. This mini boss isn't in TBM, but I'll mention that, to beat him, just stand on those blasters and have at 'em. Granted, this does require you cheat as I did, but .... would you play this game any other way?

Now, right here I'll say that although the worlds themselves are mostly the same, they are *totally* out of order. You see, each world has about three parts to it. The bosses are always the final part.

His attacks differ slightly. Both version shoot fireballs, but in RMX he calls on a shower of icicles from two directions (down and to the side) while in TBM the icicles merely fall where you're standing. And, at the end ... this guy *DIES*. Yeah, that's right. Ever time you hit him he gets visibly hurt and then he falls down dead.

Sachen is full of evil people.

after beating a boss you get treated to a cutscene. Here's one of Ms. Lucy looking hopeful.

Time to face the city boss! It's a fortress in RMX and it's the only stage that's easily navagatable because the screen glitches every time you jump. Not needing to jump a screen up in the fort/city stage you're all good.

In TBM it's "flying pants" whose the boss. In RMX it's a Darkman look-a-like.

He is why TBM is an unbeatable game. Because he's only vulnerable when he's flexing his muscles (in TBM) and the gets glitched out making him completely unbeatable. So TBM sucks much more than RMX.

In RMX he's only vulnerable when juggling that ball he doesn't have in TMB. He throws it at you, but has *really* bad aim. In both he dashes along the ground and repeats the pattern.

Kill him and he floats up to the top of the screen. O....kay. Time to move on to the city/forest/sewer area. Ironically located right in the middle of that waterfall.

First we get to see a scene of Ms. Lucy looking very sad. I think she was forced to play this game.

Wow. A boss right where he's supposed to be! That's a first.

What's really horrible about this level is that you need to jump a screen and when you do the graphics glitch horribly. It takes allot of time and patience, but you can get to the boss.

Kill him and it's time for da boss levels!

Hey! A level that's fun! That's a nice surprise. In the *only* part that's at all like Rockman X you get a motorcycle level. You get to jump and do all the fun stuff. And - look! It's the boss from RBM's sky level! In TBM he flies on and off the screen and makes like he's throwing something at you (but really doesn't). He does the exact same thing in Rocman X ... only here he *does* throw something at you! And has much lower hit points than in TBM (one shot kills him). Also, once he flies off the screen he does *not* come back.

Here's the boss of the racing level. THis mob boss has allot of wacky robots, doesn't he? Anyhow, those spiky things encircle the round alien ball monster and you can only kill it by shooting it's center. AFter that it's on to the next level!

This level isn't in TBM. There's freakin' Sachen everywhere. I guess they wanna make sure you know who to blame for the game.

Next you face the flying pants! His pants are invulnerable in RMX - their special you see. You'll recognize him as the boss of the city level in TBM. in TBM he shoots on spiky ball at you, in RMX he shoots three and they spread across the screen. He's annoying, but that only makes me want to kill him more.

And so you're off to face the final boss! In his ... mountain retreat?

At the end of the first level you gotta ride a minecart and jump off before it crashes to reach ze goal. you'll notice that Roc rides ON the cart and not *IN* the cart.

And now you face the final boss. The trick is to aim for Havel and *not* his mutant eye beast. I don't get it. Mutant eye beasts? invincible robot pants people? What kind of mob does Havel run here!?

Anyhow, it feels good to hit Havel. That bastard has put me through enough. After that there's an awkward silent moment before I realize that I have to fly up to Ms. Lucy and her enormous head. After that you get a cutscene of a grim and badly drawn Rocman X flying Mr. Lucy back to Gadem. (didn't he have to use a motorcycle before? Oh well.)

Both games suck. Both games are unplayable. But Thunder Blast Man is just a little more playable than Rocman X. This would normally make it the batter game, but since you can actually win Rocman X that makes it the better game.

As for the thought of which came first .... since allot of the bosses in TBM lack attacks, since all the levels are available right at first in TBM, and since the levels are pretty messed up in TBM I'd have to say Rocman X came first. Even though they refer to him as "Thunder Blast Man" ... I guess there's a TBM for the NES (although I can't find it). Although it's worth noting that the "picture frames" make each picture about the size of a Gameboy screen. So, maybe they made it with the gameboy version at the same time? Odd because the pictures never appear in TBM.

And that's about the most comprehensive article on either games I'm willing to write. Now I gotta take some pills. I have a migraine from the horrible, HORRIBLE music found in the games.....