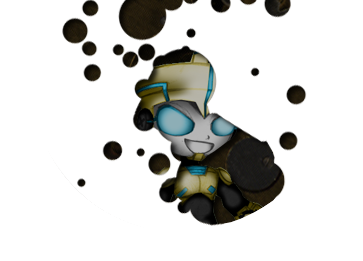 The Official Guide to Mega Man 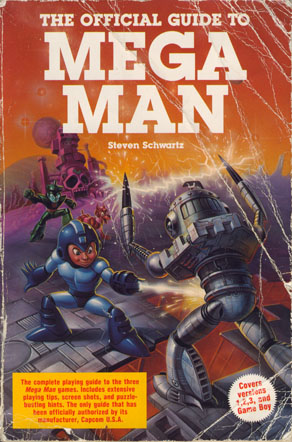 This is a very interesting relic of gaming's past. I really have to bring you back in time to really appreciate the book. Back then there was no internet. Gaming magazines were limited to two: Game Pro and Nintendo Power. And they were very hard to come by. You never really knew what went on in the games you played; not really. All that info was given by the game's manuals and the back of the boxes.

So The Official Guide to Mega Man was probably every little boy's #1 source of MM info when it came out. And it definitely influenced the early MM community, filling it with all sorts of fanon.

The book itself contains illustrations, primarily from the manuals. It's obvious that Mega Man 3 was the game they wanted to advertise most because the best illustrations are for that game; and they're illustrations we wouldn't see in North america until the release of very ambitious Megaman pages on the net (and some not until R20 showed us every enemy in the entire classic series). It's also obvious that they wanted to advertise the upcoming Megaman game for the Gameboy, because it was mentioned in the end. The Gameboy was just coming out back then, so it's not surprising.

The book itself reminds me of Ender's Game in the way that it uses letters to preface each chapter. It also reminds me of very old robot stories in it's use of jargon. Although Megaman 3 is used in the title it becomes obvious that the Megaman they're picturing is the adult on the cover of Megaman 1 or 2 when you read the book.

The story and ideas in the book, while endorsed by Capcom, would not continue past the first Gameboy game as Megaman 4's introduction directly contradicts many ideas presented in the book. Especially in introducing Roll, who isn't even mentioned in the book (at this point she only appears at the end of MM1 and is named only at the end of MM3). The story is heavily influenced, naturally, by box and manual stories, but I'd say the influence is distinctly one-way.

Rockman fans may look sideways at this book, as may younger MM fans, but NES fans will find it a treasure trove of retro gaming information and style. The original art is lousy, and it features some early computer-generated art to reproduce level structure. However both of these points only add to the book's charm in my eyes. Because of it's many differences from what we would later find out about MM, I thoroughly enjoyed this book and highly recommend it to any retro gaming fan and MM fan.

The Great Gonzo helped with compiling points. However, if you're interested in this book, I suggest you don't read the points at all, but buy the book and be pleasantly amused by it. I go into great detail. Still, even if you do read the points the overall style of the book makes up for it. 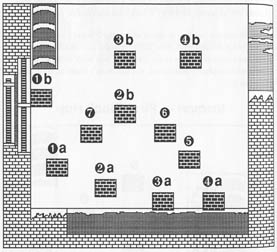 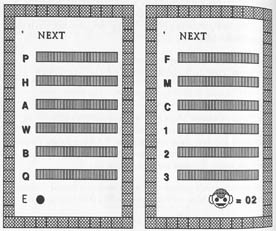 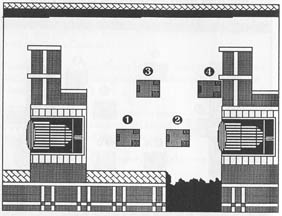 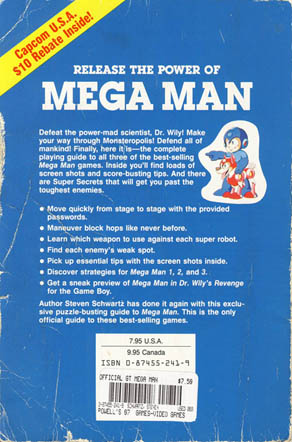