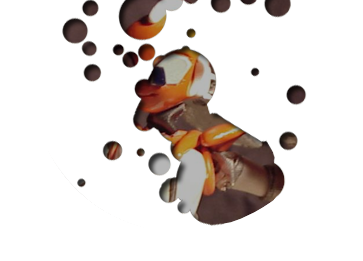 Mainly because people have a hard time figuring out what the hell is available to download here at the Mechanical Maniacs, I have taken just about everything and compiled it all here.

Desktop Theme - Ever want a Megaman theme for your computer? Then, The Mechanical Maniacs have prepared something special for you!

Wallpapers - Has other wallpapers as well, not just Megaman stuff.

To play the PC games use the Dos Box. Be advised: you will have to open Dos Box's folder and manually drag the MM.exe file onto it to get the thing to work, but work it will and it will work well. Also get JoyToKey and use that to remap the keyboard keys to your joypad (if you have one). It helps IMMENSLY! I've included Cheat O Matic in the zip to allow you to cheat through the game. (Is there any other way of playing?)

Additional instructions and answered questions are in an instruction guide I included in the zips.

These games cannot be found in stores (well, not many stores) and are older than dirt! I have absolutely no moral qualms about releasing these games over the internet because of that.

Ever see fonts in a Megaman game that you just wish you could write in WITHOUT the hassle of opening up Paint and doing a massive bit of work with the copy/paste tool? Well, I have. Luckily for me there's a great program called Bitmap Font Writer. Basically, you unzip the zip file and upload all the fonts in the "fonts" directory of B.F.W. Can it be that easy? IT IS!!

The following fonts were created by Lunar Archivist, webmaster of Moonstruck!

The font used for the select screen in MM3.

The font used for regular talking scenes in MM3 (yes, in the game they are actually two separate fonts used).

The font used for the robot master names in the Power Battles with letter completed by me and ALL the miscellaneous keyboard keys (including numbers) by Archivist. FYI: there is no actual font in the game, rather the names are all separate sprites.

With the vast majority of the lowercase letters created by Archivist.

The font used throughout MMX1. FYI: Some parts of the X1 font are actually DIFFERENT from the other X games! Also, it was missing one or two letters of the alphabet. Wacky! Font pack includes many different color variants used throughout the game!

The next set of fonts were created all by me, Gauntlet! After looking at Archivist's fonts I figured out how to do it on my own (huzzah!) and I figured that creating a font set for the e-tanks would be pretty nifty. Boy do I wish I had this when I created those "new" and "updated" animations.

The NES "font" created for the e-tanks.

The Wily Wars e-tank font (darker colors than in the game).

The e-tanks from the Gameboy series.

The font from the map screen from the EXE series.

A scratch-built font based on the beta screens for the first Rockman EXE game.

A dark version for the "un bolded" parts of the above font.

Designed by Hardman (Hadrian Howell) the description is as follows:
The file contained herein is a zip file which holds my first (and only, to date) completed fangame. I'm a little embarassed to say that It wasn't as impressive as it could have been, and there are a few bugs, but over all it is a rather nifty little game.

It's based on MM:Battle Network, and my understanding of the system used in it BEFORE the first game was released.

It's played using the keyboard, however the stage select needs your mouse to select the players! Have fun!

Made by an old friend of mine, Nightmare Zero, this program covers a slew of games and nearly every single Megaamn game in existence.