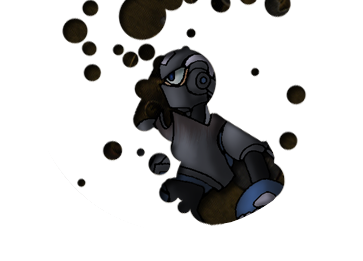 Well, it's Labor Day weekend, and Covid is still running wild in the streets! So you got nothing better to do this weekend, then hang out with us, right? Naturally!

The next part of Icebreaker is now playing at a theater near you! As you may recall, the Comrades have finally met Disciples of Torchjitsu, who got it in their heads that the Comrades are more accomplished, disciplined warriors than they are. Half of the Comrades have already imparted all the wisdom they had to offer. Now it's time to check in with the other half! Ostensibly, this chapter and the one before were supposed to be one ep. But test audiences informed me that it was so long, it had to be split into two parts.

Milking two updates out of one ep? That's working smarter, not harder.

If you're suffering from post-Independence Day Blues (it can be a thing, can't it?) Then we get the cure for you! What better way to cap off celebrating our nation's independence, then reading about the adventures of Russian robots, hosted on a website maintained by a Canadian dude?

It's been a long time coming, but at long last, the Mega Man 11 robot masters finally make their debut in Icebreaker Part 2! Previously, the Comrades met their long-lost brother, Tundraman. Whose promised to take them to meet his master and brothers-at-arms, the Disciples of Torchjitsu. And as we all know, the Comrades ALWAYS put their best foot forward when meeting knew friends.