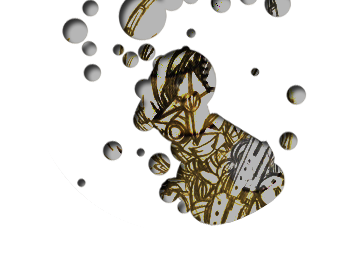 Q: Hang on a minute! How come you have epilogues? This is not a team site!

A: Weeeelll.... Its a long story. Um, no it isn't really. I was part of a shortlived MM5 team, and I wrote a couple of epilogues- but unfortunately the team disbanded after about two weeks. Naturally, I was kind of disappointed, so I decided to keep writing them without a team to back me up, and I have been ever since! Mwahahaa!!

Q: That's funny... cause I swear I've seen these epilogues before, but this is my first visit to your site- what's up with that?

Q: You are such a copycat! You just ripped the idea of epilogues off Gary (Ice Man) and the Sinister Six! Heck, you even ripped off his idea of having an FAQ to explain them!!

A: Well, The golden age of MM teams has now passed, but when I arrived on the MM scene, there were about a million teams, most of which had epilogues- in fact there were so many epilogues, all written in a similar style, that many cliches started appearing, and things all got a bit out of hand... There was very little original matter amongst these, but some of the ones that stand out, and indeed that established most of the cliches (before they became cliches, due to constant plagiarism, obviously) were "Cossacks Creations", "The Mechanical Maniacs", "The X-Force", and the Godfather of them all, "The Sinister Six" (The latter three are still all alive and kicking). Anyway, the point I'm trying to make is that, whilst Gary invented the concept of epilogues, so many people took up his idea, that I really don't think it can be classed as ripping him off anymore. Besides, if you actually compare mine with his, or Gauntlets, or anyone elses, you will see that we all have our own individual styles. I try and make mine as original as possible, but if you still disagree, feel welcome to post hate messages in my forum. (Oh, and having an FAQ is pretty logical, cause I have quite a bit to explain)

Q: In everyone else's epilogues, the characters are real people, are yours just made up?

A: Of course not!! I know each and every character personally... I just haven't met them yet.

Q: If I have three apples in one hand, and five in the other, what do I have?

A: Big hands. Or small apples. Whichever you prefer.

Q: What's up with the colours in Epilogue 9 (the animated one)? Why is Gyro yellow?

A: He caught yellow-fever. Nah, I think it was just the animator I used- It must have reduced the colour depth or something.

Q: My favourite epilogue is the one written by "Mysterious Bystander" (in the 'Strange' section). How come there aren't any more like that? Tee-hee, cheese monkeys are funny!

A: Well, that was written by a friend, and its not really in the same style as the rest of the series, all of which I have written. It's unlikely that he will be writing any more epilogues for me, but perhaps I can persuade him if there is sufficient interest...

Q: Why is Wave Man missing from so many epilogues?

A: Because when I first started writing epilogues (when I was in the team), the characters were meant to be based on people, and the person who was Wave Man was considering leaving the team. And I've just been too lazy to introduce him permanently since then.

Q: Darkman's Robot Warriors is a stupid name! Change it!

Q: I love Arch! I want to hug him, and kiss him, and love him! etc etc etc

A: You are a very disturbed person. Please leave me alone.

Q: Can I have a guest appearance in your epilogues? My name is Mr Scronky, and I look like Crash Man, only with different colours.

A: Guest appearances and Cameos are not a problem. However, Mr Scronky doesn't really sound like the right sort of character, I'm afraid...

Q: I have another question, but it isn't answered in your stupid FAQ!!

A: Technically that's not a question... But any other questions or comments can be posted in my forum.