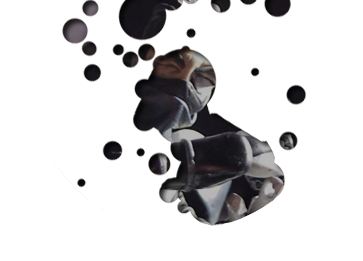 Read the adventures, exploits, and irrelevencies of the members of the Annhilation team.
The main continuing story takes place in the world of the Megaman Battle Network games. The first storyline takes place shortly after MMBN3, and the current storyline is set around the same time as MMBN6 or afterwards. This is basically fanfiction for the EXE series, but the original game characters and events have relatively little bearing here. The BN3 navis that represent the team members in this story are mostly copies untethered by in-game continuity, and their operators, if any, are our own characters. The same concept underlies the fiction of other EXE teams such as Viral Infection (MMBN1) and Darklight Mercenaries (MMBN4), and as such these teams have a partially shared continuity and occasionally cross over with each other.
We also feature a few out-of-continuity stories. Anything that hits us with the inspiration. There are several members on the team that write, and each have their own style and specialty.

Part 1: Disappearances - By Raijin, Letra, and Vulcan
The NG and AH are gone, but its old members are still leaving an impact. Mysterious occurrences in the Undernet bring together a new generation of warriors.

Part 2: Hunters - By Raijin, Vulcan, Koala, and Fishman
Alia, Matt, and two different groups of Officials are drawn to the Undernet seeking to solve their own mysteries, but find more questions than answers.

Part 3: Revelations - By Raijin, Crys, and Blackbelt
Hoshiko gets acquainted with her new navi. Moe's team finally meets the Darkloids face-to-face. Spider makes his final stand. And secrets are revealed as forces unite.

Part 4: Partnerships - By Raijin and Letra
Half the former Acid Hackers wind up in a surprise reunion while Darklight, Moe, and Hoshiko track down other old acquaintences to help solve the Darkloid puzzle.

Recap - From the beginning to Part 4.

Part 5: Ambitions - By Raijin and Nijubu
To end the Darkloids' threat, Bubbleman leads his friends into the their hidden lair. Meanwhile, Smith and Blackbelt forge an unholy alliance and launch an attack on the Officials' database.

Part 6: Confrontations - By Raijin
The Children of Vengeance attack the Officials' headquarters, but what are they really after? What about the ominous happenings that abound in the Darkloids' Undernet hideout?

Part 7: Reasons - By Raijin
Blackbelt's plan comes to fruition and the fate of the Undernet is decided.

When in Rom - By Crys(Flamechick)
Kurisu and Ice-chan flee to the west to begin a new life.

Naming Rights - By Letra(Darklady)
Alia's navis tend not to survive very long. Will this one be lucky enough to last one more mission?

Stuart's Business Log - By Koala(Plantman)
In the last few months Stuart has met with equal parts crisis and opportunity. Read how he deals with his trials and tribulations in his own words.