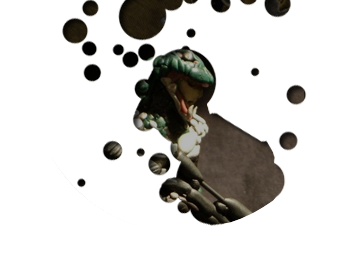 Howdy! Normally, any self-respecting Mega Man team oughta have epilogues detailing what became of the bosses Mega Man heartlessly blew up, and this team ain't an exception. So pull up a chair, grab a pizza and read about some of the jobs our group has undertaken.

The adventures of the Darklight Mercenaries take place in the same universe as Annihilation!

Bios - Featuring members of the team and their supporting cast!

Epilogue one, It Begins-So how did we start off anyway?

Epilogue Two, Lan and the Magic Ham-Nathan delivers "magic hams" to the world's best netbattlers, unaware of their side effects...

Epilogue Three, A Knightlife in Yumland-An unstoppable navi is rampaging through Yumland, and only Shade Man and Sam have guts to profiteer on it!

Epilogue Four, A Day of Sam-Sam signs up for a tourny, only to meet a strikingly similar rival!

Epilogue Five, The Man with the Golden Chicken!-Nathan and Spark Man find themselves as the test subjects for a new kind of chip!

Epilogue Eight, Wind Man's Rampage-Only Pharon and his loose canon navi, Pharon.exe, can snap Wind Man out of being a beserk autonavi. But that's not the half of his problems...

Epilogue Eleven, Stiff Competition-The mercenaries are up in arms when a well-known team starts stealing their business! Inspired by the Annihilation intermissions!

Epilogue Twelve, Taiyoh Shonen Django-Shademan ventures out on his own to settle a score with an old enemy...

MHUX Epilogue-A long lost ep I wrote for MHUX while I was Spark Mandrill!

Epilouge Eightteen, Darklight Manhunt Part 1- Nathan and Gang are out for blood for what Tyler pulled on them. Too bad Nebula is always one step ahead of them

"Got problems? Need help? Got some money you're willing to spend? Then call the Darklight Mercenaries!!! We'll do anything for cash! No matter where you are, one of our associates will come to assist you! Offer valid anywhere in the world!!!! Interested? Contact Guilter or Cold Man.exe today! PS: We don't ask too many questions."

The Train Job - A job request from Stuart.

Trapped - A job request from Reggie.

The Sinister Six.EXE Strikes Back - A job request from Torchman!?