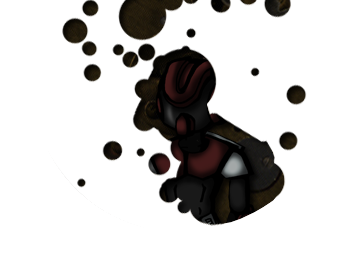 Back to Fiction Section

Annihilation: The Beginning - By CiFNAS(Serenade)
The Prologue. See how it all began.

Havoc's Epilogues
We tried to start a more traditional epilogue series once but some were lost and after Havoc, no one really took the story up. Here's what he started.
And together we are... Wanna know how we started out? Well, your going to find out anyway.
Madness to the Max! The Acid Hackers cause chaos, and the Net Guardians... uhh... well, they guard the net...
All your case of sodas The Net Guardians Run out of junk food, and the Acid Hackers go shopping.

Taiyo Navi Yamatoman- By MidoriMan(Yamatoman)
It's Carlos and Yamatoman in their own anime-inspired solo adventures!
Banned in the USA?
Carlos and Yamatoman save their favourite TV show from Rightwingers.
A Real Samurai
Hollywood has really done it this time. It's up to Carlos and Yamatoman to bring justice into their own hands. But have they underestimated the enemy?
The Moonlight of a Hellish Past
The plot thickens in regards to Carlos, Yamatoman, and their mysterious adversaries.
The Best Way Possible!
The ongoing struggle between Hollywood and common sense. Now with Naomi as Yamatoman's partner in crimefighting.
Get Me out of Iujin!
Enzan's father murdered? This looks like a job for Carlos!
Union of Two Spears
Carlos gets caught up in a huge conspiracy and has to face some of the strongest elemental navis around. Yamato's biggest, most fast-paced adventure yet!
It's Not Enlargement
Someone's targeting Carlos! More explosions than you can shake a Himitsuken at!
Crimes With Orange
Garfield the Movie?! Those Hollywood guys never learn, do they?
A Rather Disastrous Break
Carlos doesn't get a break from teaching Gekkoman his lessons.
Challenge of the Great Detective
An old friend visits Carlos in time to help him out with a new enemy.
Just a Bunch of Racing Fools
It's a high speed adventure to thwart the evil group Black Diamond!

The Day of Sam - By Blackbelt(Kingman)
Sam meets his evil twin.

AH vs. NG! by Beastman
The navis of Annihilation meet for an action-packed tournament style competition.

Moe Fortis and Fortissimo.exe - By RaijinK(Drillman)
Moe's background as a secret agent. (WTF?) Takes place just before MM:BN3, ties into the Viral Infection storyline. (An EXE1 team where I played Skullman.exe)

Grand Duel by Plantman
Stuart gets ambushed by netbattler as skilled as he is.

File Corrupted by CiFNAS (Serenade)
Serenade encounters an unusual situation, and the consequences are dire. A new virus appears, and Serenade must defeat it without being defeated himself.
Matt's Story - By Gemini(Flashman)
Find out about Flashman's operator. (Note: Incomplete)
The Weird Illegal Music Download Adventure - By Johnny(Flameman)
It's set in the chronicle timeline...sorta...but it's in epilogue format. Disregarding consistency, it's a good read!
A Match Maid in Hell - By Johnny(Flameman)
More wacky adventures with cat boy! This time Mr.Match is out for revenge against Johnny. Looks like trouble for Mr.Match.