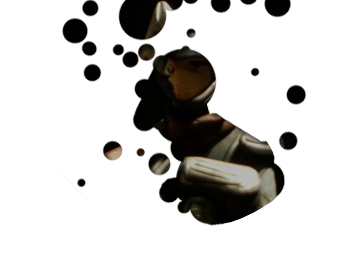 The Business of War

The community-wide event that redefined the Androids as the bots we love to hate! Brave the smoldering warzones left by the Androids on behalf of the Scisssor Army. As former members Vulcan (Starman) and Makenshi (Waveman) try to right their wrongs as members of RPD. The War Journals are intermission stories told from the POV of the Androids, as they reflect on the events of their latest adventure. The main story is here.

Stage 2 Introduction
Stage 2: Rematch in Alaska - Makenshi and Vulcan reunite, as they try to keep the Alaska Pipeline out of enemy hands!
Stage 2: Tyrannical Androids - The Ascendant Androids are gather materials they need for General Cutman's latest secret weapon in Johannesburg. Unless the Tech Tyrants can stop them first!
RPD War Journals Part 3

Stage 3: A War of Souls - Makenshi and Cossack's Comrades find themselves in Mesmerman's clutches!
Stage 3: Ascendant Izhevsk - Vulcan at long last confronts his "teammates", as they try to close in on the location of Cossack's Citadel.
RPD War Journals Part 4

Stage 5: Live and Let Die - Makenshi and Vulcan try to take back Cape Canaveral from the Seven Mercenaries.

Stage 5: Slaughterhouse - The Ascendant Androids decide that Kuwait could use a lot less people, and that Deep Impact doesn't need all of its members. But they're in for a big surprise...
Scissor Army War Journals Part 6
The Bitch and the Beast - The Ascendant Androids have a brief appearance in the non-canon ep/slashfic that traumatized an entire community. Everyone's favroite OTP, Diveman and Amatista!

Stage 6 Introduction
Stage 6: Pallbearers - The Ascendant Androids decide that Baghdad could be more on fire, and try to recover Mesmerman's corpses. But they're not the only ones out to retrieve them...
Stage 6: Silence End - Makenshi and Cosmic Gladiators find themselves in Canberra, where they hunt the most dangerous game.
Stage 6: Are You Bad Enough? - Can Vulcan keep the President safe from the Scissor Army?
Scissor Army War Journals Part 7
RPD War Journals Part 6

Stage 7 - Introduction
Stage 7: "Kill Now, For Elysium Awaits" - It's all or nothing, as the Ascendant Androids fight off against Vulcan, Makenshi, and anyone and everyone else who wants a piece of them. Including Megaman himself!
Predecessor

Stage 8: The Strongest - Not one to go quietly in the night, Napalmman tries to lead what's left of the Scissor Army. But with dwindling resources, dissension in the ranks, and mounting losses, it could be a losing battle.

A boiling pot of miscellaneous molten shit... with fondue sticks!

A collection of post-war Mechanical Maniacs eps, as the Androids continue to vent their endless wrath and fury at the world, the Mechs, and anything and everything that's not nailed down. Or even if it is.

Mechs Series 7 Issue #8 - Spiral - The Mechs investigate some spooky going ons at the ruins of Nonsteropolis. Could the Ascendant Androids be behind it?

Mechs Series 8 Issue #5 - The Council Comes to Earth - At last, the true star of the Mechs shines at last, as a new, SA-styled Starman makes his grand debut! Oh, and something about some galactic pencil pushers coming to Earth.

Mechs Series 8 Mechs Issue #12 - Ascension Part 1 - Believe it or not, the Androids didn't take a single shot at the Mechs (outside of the introduction, that is). Better make up for lost time!!

Mechs Series 9 - Nine to Five - Even though they've survived where the rest of the Scissor Army has fallen, the Androids slowly realize their glory days could very be behind them.

Mechs Series 9 Issue #19 - Ranked Robots - Obviously, the Androids are the strongest bots in the Wily Underground. But nobody else seems to believe it for some reason.

Mechs Series 9 Issue #27 - How the Mighty Have Fallen Part 1 - The Mighty Number bandwagon has stopped by the Underground, and would love nothing more than to have the Androids climb aboard! How can they lose?

Mechs Series 9 Issue #28 - How the Mighty Have Fallen Part 2 - As low as the Androids have sunk, will they stoop to being...Mighty?

Mechs Series 9 Arching the Androids Part 1 - The past collides as the Androids face the greatest foe Mega Man 5 teams past and present have ever faced! Their Arch Nemesis!!

Mechs Series 9 Arching the Androids Part 2 - Arch is just the first of many ancient evils that have resurfaced to pester the Androids!

Mechs Series 9 Arching the Androids Part 3 - The grand finale! Arch and the Androids face a threat that could destroy them all! But what form does this destroyer take? There's just one way to find out!

Mechs Series 9 Issue #29 - Mechtale - Sheriff Mags deals with some Skeleton Joes and the Androids lend their assistance. But what's this have to do with the Androids!?