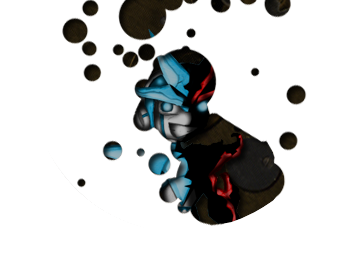 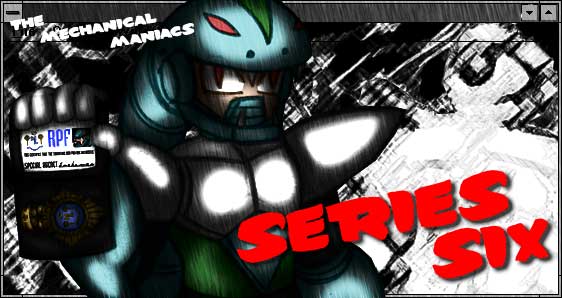 Series Six actually started before it premiered ... which is why Snakeman has his TM1 look and not his TM2. Rich, of Sinister Six fame, was brought on after the first two issues were completed and they were adjusted after he was brought on board. This series was the first time I let someone else take the majority of creative control in the project. This series also ended with the major crossover event called the Business of War .... which is almost a series unto itself.

Kin and Tonic - Hardman and Bombman chill out in a bar and talk over recent events. But the situation sours as strangers decide it's a great time to pick a fight! And who's this guy that look like Magnetman!?

Issue #1 - The Case of the Missing Base - The 'Maniacs come home after a battle ....only to find their base missing! Who could have taken it!?

Issue #2 - I Have Altered Our Deal ..... - After the events of the last issue, the 'Maniacs have ended up homeless ... until a mysterious "someone" arrives to save the day ...

Issue #3 - Some kind of Freaky Roll - The Sinister Six return to pester our heroes .... but something's different about them. And it pisses the new Magnetman off.

Wanted - The Mechanical Maniacs have destroyed Los Angeles and it's up to the Pale Riders to stop them! WHA .. !?

Issue #4 - Attack of the Replicates - Badly made copies of the 'Maniacs continue to flood the streets of Monsteropolis ..... it's time to find out who's responsible for this annoyance!

Issue #5 - Abuse of Technology - The identity of the mysterious chief of police is revealed at last!

Maniacs On Patrol - A series of short stories by Hardian (Hardman) Howell.

Issue #7 - The Rivalry - The Evil Eight find out the Rescue Force has replaced them as Wily's top team! They aren't about to take that lying down.

Business of War - The Shutdown Code threatens all robot kind, but even that's eclipsed by the immanent threat of General Cutman's Scissor Army. A community-wide event!

Mechanical Maniacs: Back on the Beat - A continuation of 'Maniacs on Patrol set after Business of War. The Mechanical Maniacs are back patrolling the streets ... and that only means more trouble for our heroes!

Special - Sinister Six.EXE Strikes Back - With Oilman missing Torchman and co. go where they have never gone before - into the digital world! Featuring the Darklight Mercenaries (one of them, anyway).