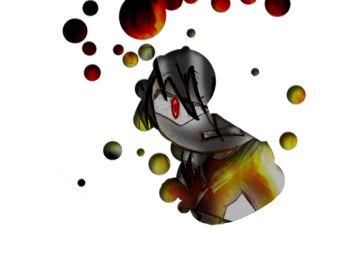 Hurrah! Thrill to the amazing adventures of Darkman's Robot Warriors! These were originally made by Stoneman (aka Sanity is Over Rated). These have been posted without Sanity's permission, so let's just hope he's okay with that! They're a delight and a jewel of the early Team Scene.

I recommend reading these in order, as they make more sense that way. Okay?

Bios: Read about the team here!

Epilogue 1: "An introduction- and a bloody boring one too..."

Epilogue 8: "Being a sneaky git in three easy lessons"

Epilogue 3: "All the fun of the fair"

Beware, beware, some of the stuff in this section is very strange! Well, that's rather the point... This section contains all manner of strange findings, whether they were created by me and relate to my site, or are just strange in general.
So grab your prospecting helmets, and come looking for the treasures in this strange and foreboding vault...

Epilogue ?: Journeying through the cabbage: Hmm... An epilogue a friend wrote for me. This is... different... *Update* Some controversy over this one. All the more reason to read it!

Epilogue 10: Alternate beginning...: Yes, well. I decided not to use this beginning- if I had, who knows? The entire epilogue could have turned out differently!

Man Bat: Part One: Originally I intended to make this into a comic series, but I later decided against it... Look what you missed out on!

RM Circus: My take on the age old idea of a robot master circus

Yes, kids that's right. You want to make epilogues too? You want to make more of them, faster then me? Well good for you, but you're gonna need somewhere to start. Your mind is probably not as twisted as mine, so where will you find ideas? Well, now you can use the epilogue creator, and get as many ideas as you want, for free!

(Note: may not work with current versions of Windows.)

The Arch Nemesis Boutique: Arch has opened up his own store to fuel his evil ambitions!

Which Mega Friend are you?